Ceremonial signing of HB26 On August 22nd, 2017. This legislation cut the red tape and duplication of responsibilities. HB26  bill deleted requiring Sheriffs offices from inspecting Road Houses, Dance Halls and similar establishments. The KY ABC Division has been assigned this task for years. 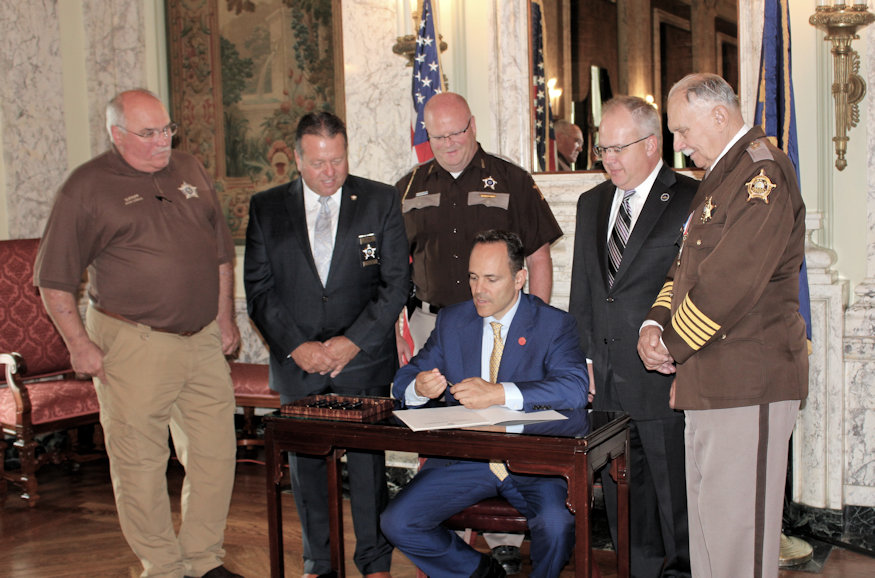